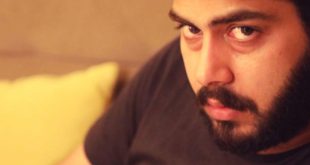 Mehdi Hosseini (Seyed Mehdi Hosseini Bami) was born in 1979 in Tehran, Iran. Hosseini began his musical training in Iran, studying Persian music and the fundamentals of composition under the guidance of Farhad Fakhreddini, renowned Iranian composer and founder of Iran’s National Orchestra. Following his studies in Iran, Hosseini finished his Master’s degree at the N. A. Rimsky-Korsakov Saint Petersburg State Conservatory under Professor Alexander Minatsakanian, a pupil of Shostakovich, and his Doctor of Music degree (DMA) in Composition with composer, Sergei Slonimsky.

In addition, Hosseini completed a composition course from the University of Music and Performing Arts, Vienna, in the summer of 2007 in Mürzzuschlag, Austria where he studied with British composer and pedagogue, Nigel Osborne. He studied fundamental principles of musical composition with composers Gennady Belov and Vladimir Tsitovich and worked on problems of music theory under the direction of Professor Tatiana Bershadskaya.

His music and style has demonstrated his creative capabilities as a composer and his research abilities as an ethnomusicologist and theorist. Hosseini has written symphonic music and chamber orchestra pieces for ensembles and soloists in various compositional genres. His works show a strong monodic music influence, originally interpreted and incorporated into a personal style.

He often uses the word monodies not only as the title of his composition, but also as a musical term; by which he means the characteristics of single voice structures, adapting themselves to any musical texture. At its core, his music reflects his on-going research into the astonishing variety of oriental music, and, in particular, the fundamental components of Persian music, the structure of Dastgah music, and Regional Music of Iran, covering the traditional folk music traditions in the various regions of Iran and regional areas.

In 2013, for his album “Monodies“, Mehdi Hosseini was awarded “The Best Album of the Year” from the Iranian House of Music.

In the last few years, Mehdi Hosseini has been actively participating in contemporary music projects local to St. Petersburg, and the whole Russia. His music is regularly performed in such festivals as Sound Ways, St. Petersburg Musical Spring, Contemporary East and West, Contemporary Past, Moscow Autumn, Moscow Actual Music Festival “Another Space” and others. His music is played in Mariinsky Theatre, Saint Petersburg and Moscow Conservatories, Saint Petersburg and Moscow Philharmonics.

Author, designer and webmaster this site
Previous elegy for the tree” in the art program of the German SWR radio”
Next Arvin Sedaghatkish 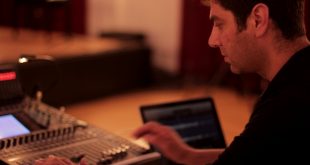 Ehsan Ebrahimi was born in 1980 in Mashhad (Iran). He learned to play the santoor. …